CONTACT US
ASSET VALUATION SUMMIT2020
Whether you finance, appraise or liquidate assets this is the event you must attend. A great opportunity to learn from industry experts and expand your rolodex.
Register Now
Days
Hours
Minutes
Seconds

The IRONTRAX ASSET VALUATION SUMMIT is coming to CLEVELAND!

Grow your professional network and take your skills to the next level.

This is your opportunity to experience a conference like no other in our industry. Whether you finance, appraise or liquidate assets in any capacity, you’ll learn from industry experts touching on all components of valuation management.

Take practical knowledge with you after diving into the current market conditions and tricks of the trade. You will leave with technical know-how and appl cable data to take back to your team and become better at your job.

Speakers from all over the country will gather in the Irontrax Asset Valuation Summit with the latest on trucking, cranes, machine tools, construction, technology, energy, and more! The best and brightest experts under one roof. See you in September?

More information to come so be sure to sign-up for email newsletter and check back often!

CE hours will be provided

Centrally located in the mid-west easily accessible from points in the US and Canada with greater affordability than resort destinations.

The following companies on the Fortune 500 list have corporate headquarters in Greater Cleveland as of 2017: Progressive Insurance, Sherwin-Williams, Parker Hannifin, and Key Corp.

A suburban home in Cleveland was the setting for the beloved film “A Christmas Story.” It has since been purchased on eBay, renovated to an exact replica of the house in the film. 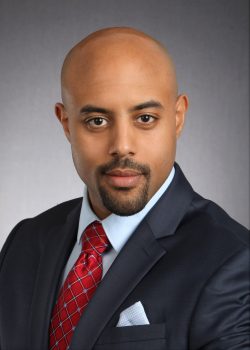 Mekael Teshome is vice president and senior regional officer of the Pittsburgh Branch of the Federal Reserve Bank of Cleveland. Mr. Teshome is responsible for managing relationships with regional stakeholders in western Pennsylvania, southeastern Ohio, and the northern panhandle of West Virginia. He is also responsible for monitoring the region’s economic environment and conducting economic research and analysis.

Before joining the Cleveland Reserve Bank, Mr. Teshome was an assistant vice president and economist at the PNC Financial Services Group in Pittsburgh where he contributed industry-focused, regional, national and international economic analyses and forecasts. Prior to PNC, he served as an assistant director and economist at Moody’s Analytics. He is a founding board member of the Bethel Environmental and Agricultural University and Training Center, a member of the board of the Pennsylvania Economic Association, and a board member of the Economic Club of Pittsburgh. He is also a member of the National Association for Business Economics (NABE) and the Ethiopian Economics Association.

Mr. Teshome holds a BA in political science from Taylor University and an MA in economics from Vanderbilt University. 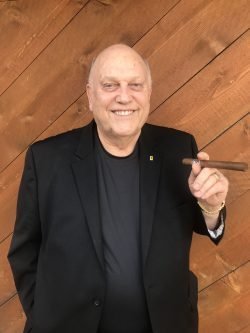 Daniel Kruse, a third-generation auctioneer with over 50 years of experience, has participated in converting billions of dollars in assets through live bid auctions, placing him among an elite, worldwide group of 15 to 20 auctioneers. Mr. Kruse is recognized internationally for liquidating energy, construction equipment, trucks and trailers, real estate, mobile homes, and collector cars.

In 2002, Daniel founded Kruse Asset Management and Superior Asset Appraisals. The combined experience from these two firms, already well-established in their own right, puts them at the forefront of sales and marketing in the area of asset conversions for energy, industrial, and construction equipment.

Honored as one of the “Top 50 Auctioneers” in the world by Auction World Magazine, Daniel has also assisted banks and financial institutions with asset liquidations, selling single assets, entire books of assets, and operating companies. Daniel is also recognized as one of the top oilfield appraisers in the world and has appraised over 10 billion in assets for all major lenders worldwide.

A graduate of the Certified Auctioneers Institute (CAI) at Indiana University, Daniel has frequently been quoted in The Wall Street Journal and USA Today, along with most major newspapers in the country. Daniel has been seen on ESPN Sports, CNBC, Discovery, and many other TV channels as an auctioneer and asset manager. Daniel has been married for 50 years to his wife, Candace. They have 3 daughters, 4 grandchildren and 1 great grandchild. Daniel attends and is involved with the John Hagee Ministries of San Antonio, Texas, Supports Daily Bread Ministries feeding over 350,000 people 3 times per week, Last
Chance Ministries helping people on their last leg of effort to overcome obstacles in their lives, Mark Jones Ministries helping families and lives refocus on God and family priorities, and constantly strives for excellence with every endeavor in which he is engaged. 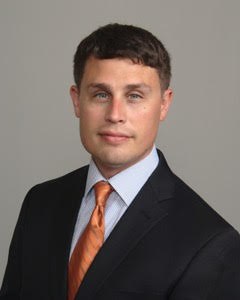 Vincent Lorenz ASA
Director Construction Division
Vince Lorenz was raised working in the construction equipment business. One of five brothers, his family owned and operated a construction equipment dealership for over 70 years in Columbus, Ohio. He grew up working side-by-side with mechanics, truck drivers, parts representatives and business owners looking to service, rent or purchase heavy equipment...all the time learning the equipment from the inside out.

After obtaining a business degree from the University of Dayton, Vince started his professional career already head of most in the industry. His hands-on experience landed him jobs with two different Caterpillar dealers, where his work included evaluating, pricing, selling and leasing heavy equipment.

With a solid foundation appraising everything from a single trade-in to whole fleets of equipment, Vince went to work for the world’s largest industrial auctioneer, Ritchie Bros. Auctioneers. During his time at Ritchie Bros., Vince expanded his wealth of knowledge to hundreds of different makes and models of trucks and equipment. He achieved sales of more than $125 million and was the recipient of performance awards recognizing his knowledge and drive. Importantly, Vince also gained substantial valuation experience. Understanding equipment values was a key aspect of his job and he became an expert at factoring in age, usage, condition, repairs needed and other underlying factors before calculating value based on supply and demand. A perfect mix of innate understanding, research, contacts in the industry, and knowledge of current market conditions allowed Vince to accurately and effectively assist customers with their equipment disposition needs.

Throughout his career, Vince’s experience has taken him to hundreds of construction sites, contractor shops, oil & gas pipeline jobs, and quarries. He understands current market conditions and best appraisal practices for heavy equipment and maintains relationships with industry contacts throughout the Unites States.

His work with Irontrax includes field appraisals that range from individual items to entire fleets, working with equipment owners, banks and equipment leasing companies. Specialty areas for Vince include transportation, mining, construction and the oil and gas pipeline industry.

When not on the road or working on an appraisal report, Vince and his wife organize 5K running races throughout the Mid-Atlantic region. Vince and his wife and son live in the Philadelphia area. They enjoy traveling, fishing, water sports, hiking and skiing. 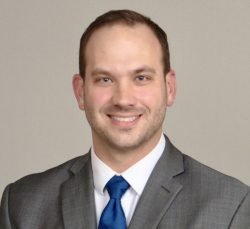 Jeffrey W. Dunn
Head of Aviation Asset Management
PNC Aviation Finance
Jeff Dunn has had a focus on the aviation industry for 19 years. He served 9 years in the United States Air Force as an engine mechanic and maintenance operations senior controller. After deciding to separate from the military, he worked as the head of records and research and an A and P FAA mechanic at a leading FBO and maintenance center. More recently, he was an aircraft appraiser and asset manager at several leading financial institutions. Jeff is an ASA accredited aircraft appraiser and has a B.S. from the University of Illinois.
3:45pm-5:00pm
Millenials in the Workplace - Dillon Knight Kalkhurst 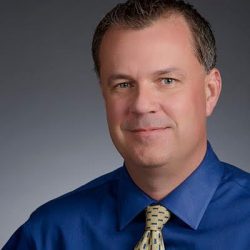 Dillon Knight Kalkhurst
Author
Founder of The Center of Intergenerational Engagement
Dillon Knight Kalkhurst is the Founder of The Center of Intergenerational Engagement as well as a published author of two books: GENERATION EVERYONE! A Guide to Generational Harmony @ Work, School & Home and WHAT THE HELL ARE THEY THINKING? Understanding Your Kids, Grandkids & America’s Future Leaders. He is a Sales Marketing leader and motivational speaker focused on intergenerational harmony in the workplace.
6:00pm-9:00pm
Off Site Event - Top Golf

3 hours of Top Golf
Backyard BBQ dinner
2 beer/wine tickets and unlimited soft drinks will be provided
Add On for $50.00 Per Person 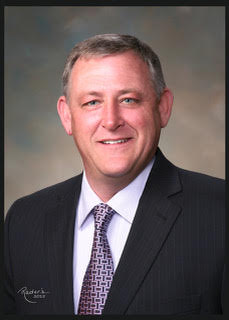 As vice president of Irontrax, Mike is responsible for nationwide appraisal services for the transportation and construction industries and remarketing of off lease and repossessed assets.

Prior to Irontrax, Mike worked 14 years at Taylor & Martin, a leader in over-the-road trucking equipment re-marketing, appraisals and consulting, as lead appraiser and assistant manager of appraisal services. In these roles, he performed physical and desktop appraisals for numerous assets specific to the transportation industry, including trucks and trailers and concrete pump trucks. He also provided residual analysis and consultations to lessors and performed lease end inspections.

Mike began his career in the transportation industry in 1985, starting at the ground level washing trucks and trailers while in school. He has done it all – from changing tires, rebuilding engine’s, driving trucks and finally as an owner operator of his own trucking company, Holck Trucking.

A past volunteer for the YMCA, Mike lives in Fremont, Nebraska with his wife and two children.

· Accredited Senior Appraiser, American Society of Appraisers: USPAP, ASA Machinery & Equipment POV courses, ME201, ME202, ME203 and ME204.

CE hours will be provided

* Items supplied by sponsor have to be approved by the AVS.

For sponsorship details and benefits please contact Joe Santora at 440.552.1369 or [email protected]

You should choose a search result page. You can choose the page from the Theme Options > Events > Event Search Results Page option.